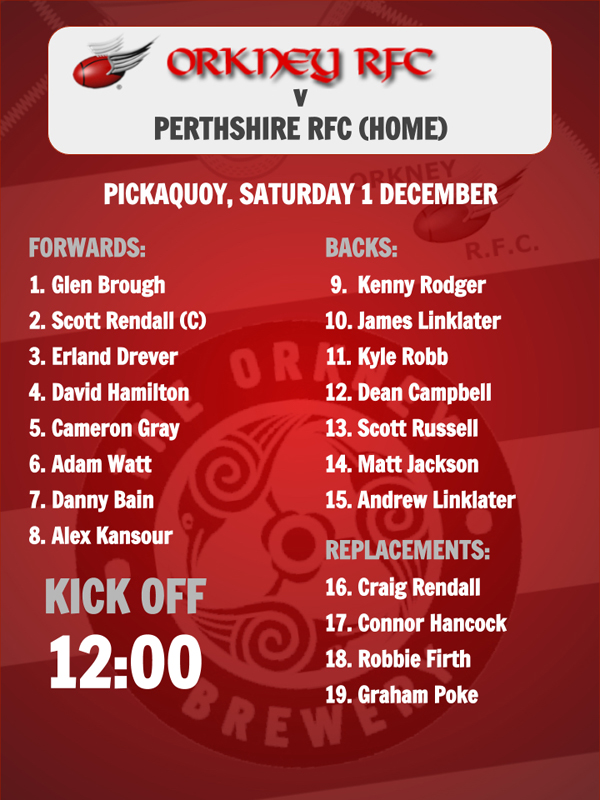 Orkney RFC is set to welcome Perthshire to Kirkwall this weekend, as tenth hosts ninth in the Tennent’s National League Division 3.

Just one point separates the sides near the bottom of the league, with Orkney keen to get back to winning ways and climb back up the table following last weekend’s defeat to Gordonians.

Following that defeat in Aberdeen where a vastly understrength Orkney side lost out 41-10, Saturday’s side has a much more familiar look about it and they will be confident of securing a win.

Kick-off is scheduled for 12 noon.

The county’s senior badminton sides are also on home turf, taking on Caithness in the first-legs of the annual inter-county fixtures on Saturday.

This Sunday sees Orkney Sports Awards nominations close so don’t forget to get your nomination in.

There are nine awards up for grabs and a full nomination form can be found in The Orcadian.