Orkney pays tribute to the fallen

Orkney once again paused to remember those who lost their lives in conflict, as Remembrance Sunday services took place at war memorials throughout the county today.

The largest parade took place between the Kirkwall Branch of the Royal British Legion and St Magnus Cathedral.

A large crowd lined the route of the parade and listened to the service on the Kirk Green, which was led by the local Salvation Army and broadcast over loudspeaker.

Numerous wreaths were laid at the Kirkwall and St Ola War Memorial and a silence observed, before those in attendance moved inside the cathedral for the Remembrance Sunday service.

The parade, led by Kirkwall City Pipe Band, then returned to the Legion following the service.

A video of the parade can be seen over on The Orcadian Facebook page, with further coverage in the paper, out on Thursday. 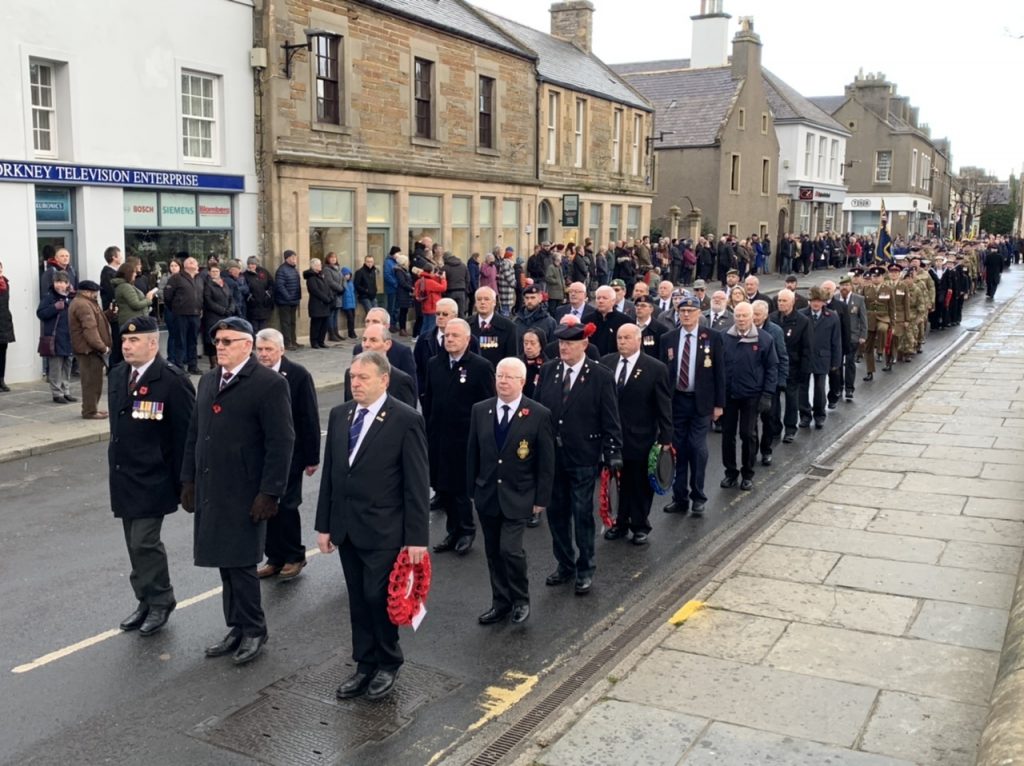