When Manitoba became a province of Canada in 1871, the first parliament building was the Winnipeg home of a man from South Ronaldsay, Andrew Graham Ballenden Bannatyne. His house was so large that he could let the legislature use four rooms. He was one of the wealthiest men in the town but he was not the only successful Orcadian businessman there. About a quarter of the men who formed the first Winnipeg Board of Trade, in March 1873, were Orcadians or the sons of Orcadians: John Inkster and his son Colin, William Drever, Robert Tait, James Clouston, William Flett and George Kennedy.

Three of the Board of Trade members have had roads named after them: Bannatyne Avenue, Inkster Boulevard and Tait Avenue. There are two more named after Orcadian settlers: Mowat Road after Edward Mowat from Orphir and Setter Street after Andrew Setter, or Seatter. It is no surprise that Orcadians played such a prominent part in the early life of Winnipeg because they were there right from the start: in the Red River Valley.

All through the 18th Century Orkney men went to work for the Hudson’s Bay Company. At its peak, in 1800, 418 of the 524 employees were Orcadian. Most of them came home but a good number settled in the Red River Valley: the colony south of Lake Winnipeg founded by the Earl of Selkirk for Highlanders displaced by the Clearances. The HBC had granted the land on condition that their men could retire there.

The colony struggled through its early years but things settled down after the union of the HBC with the North-West Company in 1821. Shetland pioneer Issac Cowie wrote:

And it was these Orkneymen, with other veterans of the fur trade…, coming in sufficient numbers to defend it, who made permanent the settlement of Red River.”…

Douglas Hill, in The Opening of the Canadian West 1967, described the birth of Winnipeg, within the Red River Settlement, when warehouses and stores were built near the HBC’s Upper Fort Garry.

“The collection of ramshackle log or frame buildings, with one or two solid houses, was at first called McDermotville after its leading citizen, an Irish settler-turned-trader named Andrew McDermot, who with his son-in-law, A G B Bannatyne, erected Winnipeg’s first buildings. Soon the town’s shops were thriving, and challenging the Fort as the settlement’s focal point…

In 1871 the prairie path that had been graced with the name “Main Street” was properly surveyed, graded and furnished with one or two culverts (but no sidewalks). It was a symptom of the magnificent optimism that prevailed. Yet the optimists were justified: Winnipeg and Manitoba were on the threshold of great things. 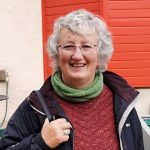 The full version of this article can be found on page 42 of this week’s edition of The Orcadian.

Patricia Long is a local tour guide based in Stenness, with a particular interest in social and family history. She posts her research on her website www.aboutorkney.com.

No new Orkney COVID-19 cases recorded in past 24 hours

New vaccination centres to open as over 75s rollout launches