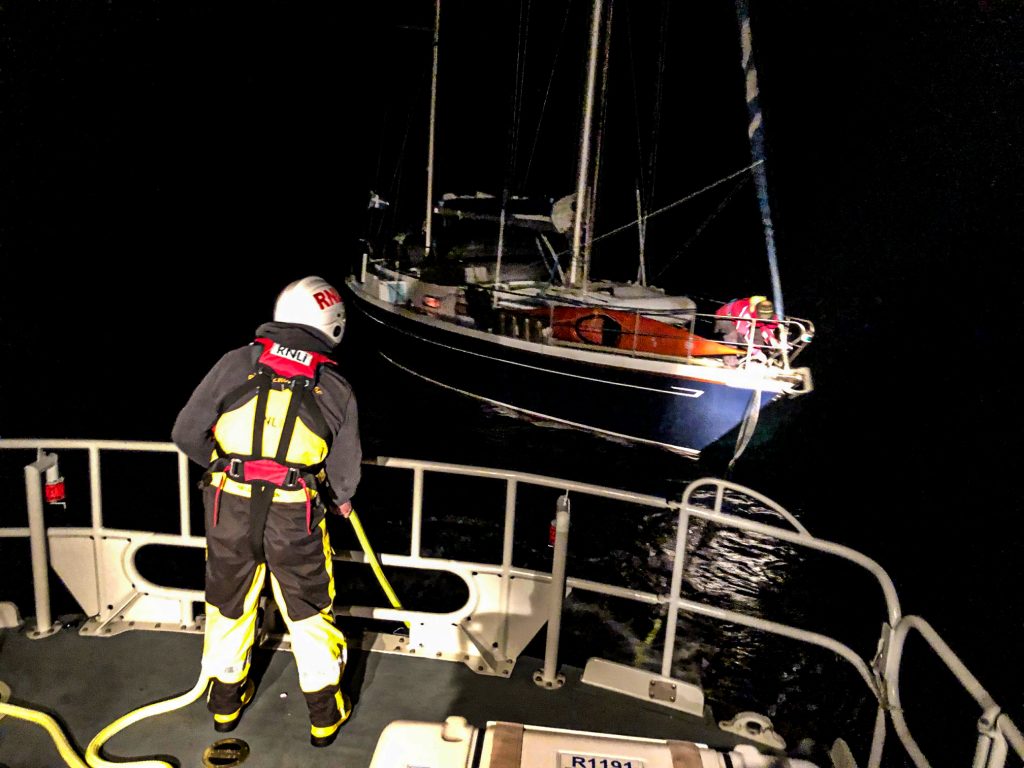 Kirkwall’s all-weather lifeboat was deployed late last night to assist a yacht that had become becalmed on the North East of Westray, Kirkwall RNLI has confirmed.
A spokesman for Kirkwall RNLI said: “Kirkwall’s all-weather lifeboat launched shortly after 11pm last night Tuesday (Tuesday, August 3) to go the aid of a yacht which was fouled up in floating rope debris disabling it’s propulsion and steering, with the light to variable winds the yacht had become becalmed in a position 15 miles North East of Westray.
“The lifeboat arrived on-scene at the casualty position around 12.40am and after assessing the situation a tow line was rigged and agreement was made to tow the casualty yacht to a safe berth at Pierowall, Westray.
“Both the lifeboat and yacht made good speed in the calm conditions and arrived alongside Pierowall Harbour around 3.10am where they were met by the local Coastguard Rescue Team who helped secure the yacht alongside, the lifeboat slipped the tow and departed for home at 3.20am
“The lifeboat arrived back in Kirkwall at 4.20am and was refuelled and made ready for service again by 4.50am, this had been a long day for the volunteer crew as they had just returned from a passage down to Inverness and back where some routine planned maintenance had been carried out to the lifeboat.”