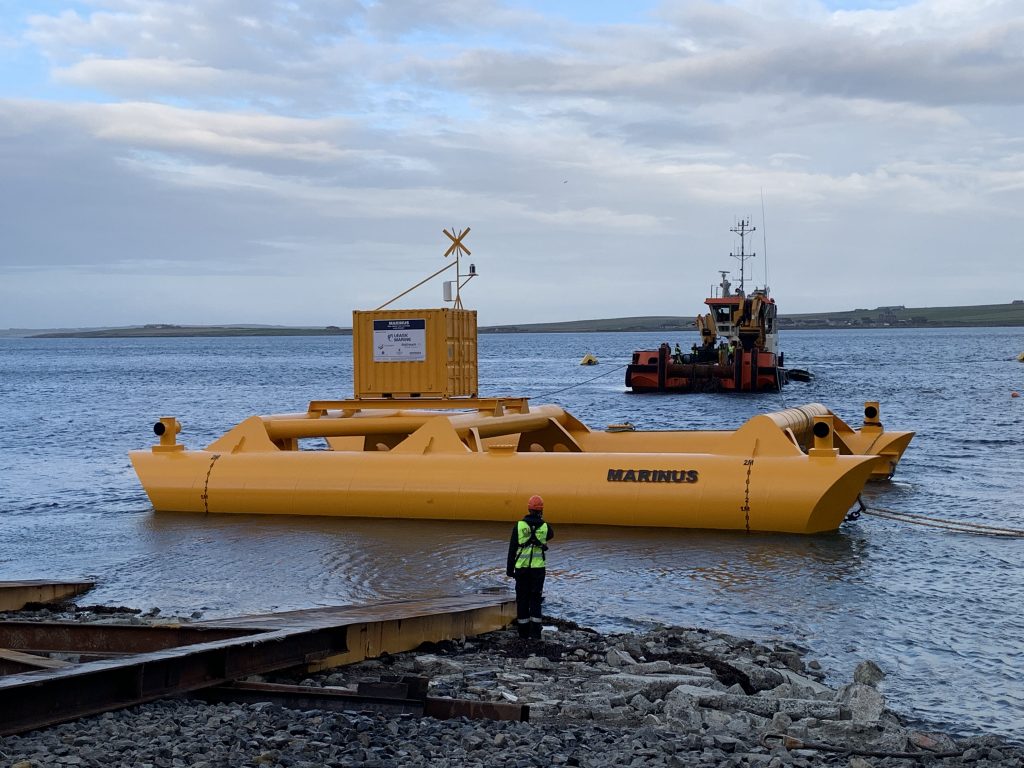 Leask Marine has successfully completed the fabrication of the first ever tidal energy platform to be built in Orkney.

The Marinus platform was launched into Kirkwall Bay on Monday, having been officially named by Karen Leask, director of the company.

Addressing those who gathered for the occasion, she said that the project had been a milestone in the history of the company, and that Leask Marine had been very proud to be able to secure such an important contract.

She congratulated all involved in the project, including the staff, the subcontractors, partners and stakeholders.

She said that Leak Marine’s involvement in the project continues to exemplify its expertise, and supply chain interaction, in providing service support to the marine energy sector.

Leask Marine were awarded the contract for the manufacture and supply of the surface floating platform by Instream Energy Systems Corp of Canada. The platform was designed for Instream by a consortium led by ITPEnergised Ltd.

Leask Marine constructed, equipped, and assembled the platform in Orkney, ready for the arrival of turbines and control system, which will be delivered later.

Leask Marine Ltd was also awarded the contract for the project’s marine operations. The whole project is being supported by Innovate UK’s Industrial Strategy Challenge Fund.

Full details in The Orcadian Marine Scene section on Thursday.

A video of the lauch can be seen on The Orcadian Facebook page.