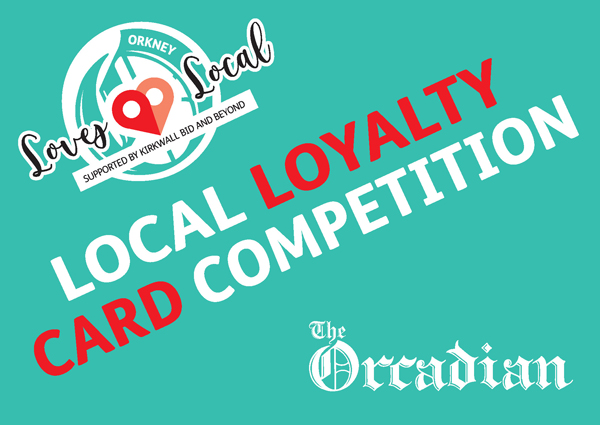 Today is the final day for businesses to sign up to our Orkney Loves Local Loyalty Card competition!

Over 80 retailers have signed up so far — a fantastic total — but there is still time to register your interest and play a key role in a scheme which is designed to help generate vital revenue for Orkney businesses.

Last year, following the lockdowns of 2020, the competition ran for a nine-week spell in the run-up to Christmas.

Members of the public filled out a special card, available in The Orcadian, spending at least £10 on five separate occasions to fill up the card and become eligible to enter a grand prize draw.

A whopping 1,577 entries were received, meaning that at least £78,500 was generated for local outlets during the traditionally quieter winter months.

The investment made by the retailers meant that The Orcadian was able to offer a cash prize of £1,640 for the lucky winner.

Businesses have until 5pm to register their interest by either phoning the office on 879000, or if after 2.30pm, email adverts@orcadian.co.uk.

The competition will run until December 2 when a lucky winner will win the grand prize.

McArthur meets with Loganair over ‘serious and unacceptable’ disruption