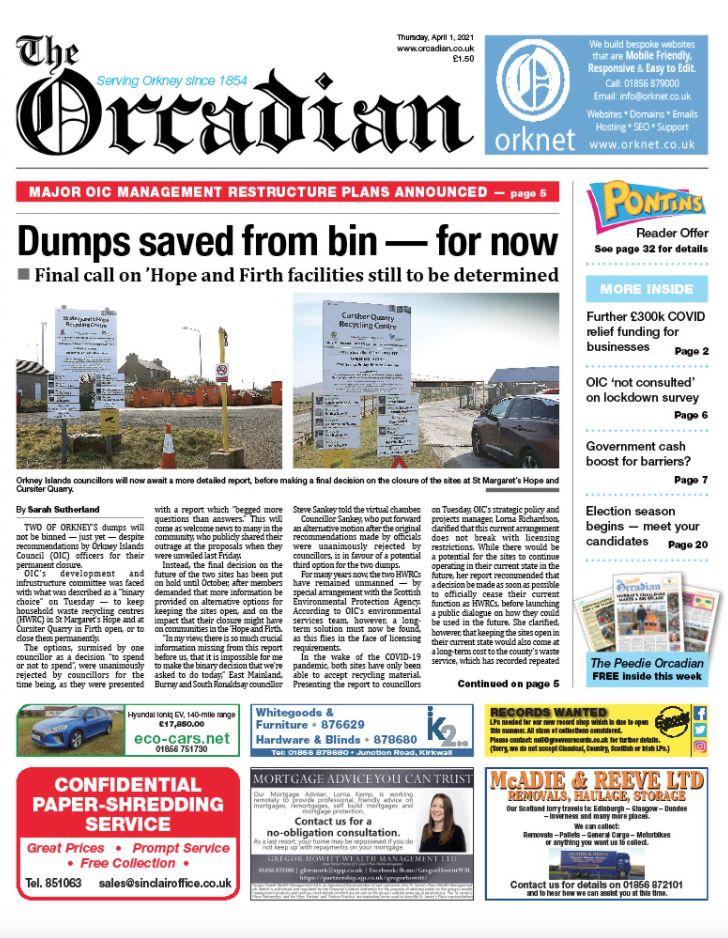 Pick up a copy in order to benefit from our exclusive reader offer when you book your next getaway with Pontins.

On the front page, the news that ‘Hope and Cursiter dumps have been saved from bin — for now — despite recommendations for their closure by OIC officers.

This will come as welcome news to many in the community, who publicly shared their outrage at the proposals when they were unveiled last Friday.

Councillors sitting on OIC’s development and infrastructure committee decided on Tuesday that there was not enough information for them to make a final decision on the matter.

Officers have been asked to present a fresh report, setting out additional options for the future of the dumps, by no later than October.

No COVID-19 figures for Orkney today