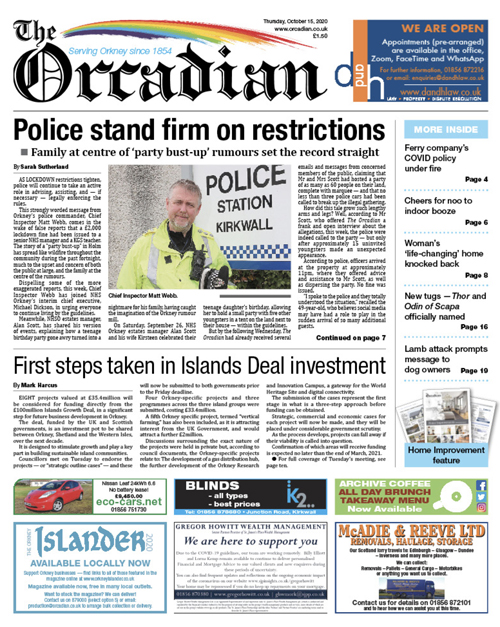 Included in this week’s edition is a feature on home improvements, featuring every business you need to make your dreams a reality.

The front page reports on the role of police in Orkney in enforcing current COVID-19 regulations.

Also featured is an NHS Orkney estates manager who has moved to clear the air in the wake of false reports of fines being issued during a “bust up” of a party.

The front page also reports on Orkney Islands Council taking the first steps in utilising investment offered by the Scottish and UK governments as part of the Islands Deal.

For all this and much, much more, pick up a copy of today’s edition of The Orcadian.