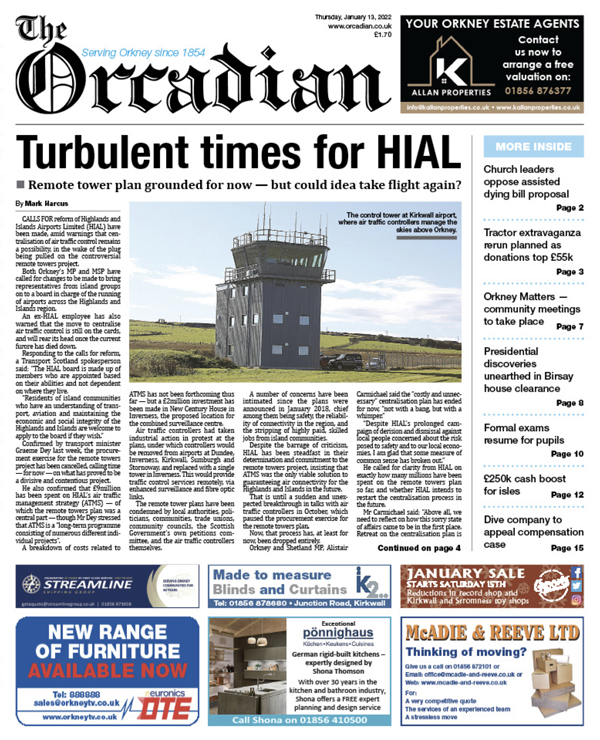 The front page reports on the news that Highlands and Islands Airports Limited (HIAL) has cancelled the procurement exercise for its remote tower project.

The centralisation of air traffic control at five airports, including Kirkwall, has been a long-running and contentious subject, but after a £9million spend by HIAL on its air traffic management strategy thus far, there are calls for reform and warnings that centralisation has not disappeared completely.

For all this, and much more, pick up The Orcadian.