In this week’s Orcadian 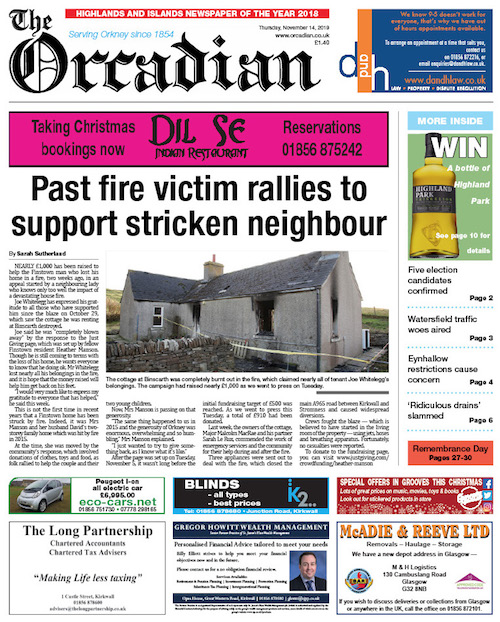 This week’s edition of The Orcadian is now available in shops and online, here.

This week’s front page features the story of a fundraising campaign, which has raised nearly £1,000 for a Finstown man who lost his home in a fire.

Joe Whitelegg said he is “completely blown away” by the response to the Just Giving page, which was set up by a fellow Finstown resident.

For these stories, and much more, pick up a copy of this week’s edition of our newspaper today.