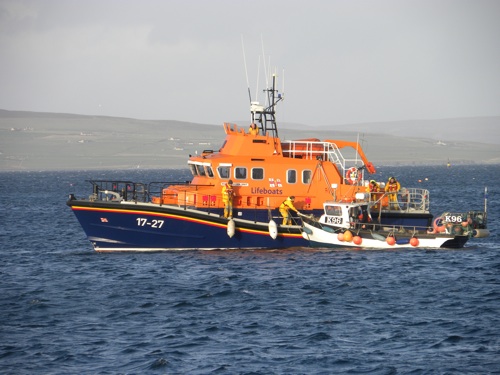 Kirkwall Lifeboat was called out this morning to assist a local clam diving boat, which had broken down while a diver was still in the water.

The Fair Fortune  alerted Shetland Coastguard saying that it had engine trouble around 11am, in an area between Kirkwall Bay and the Bay of Firth.

The Lifeboat headed to the scene, and the Kirkwall Coastguard Rescue Team were also alerted, and drove to the shoreline close to the vessel.

A Coastguard spokesman said that when the lifeboat reached the scene, the diver was out of sight.

The Sumburgh Coastguard rescue helicopter was also alerted, but was not required as the Coastguard team picked up the diver who had made his way to the beach.

The Fair Fortune was then towed back to Kirkwall by the lifeboat.

More travel disruptions due to weather

Orkney is the star in new TV advertising campaign

Win A Free Stay In The Heart Of Aberdeen