Brilliantly crafted original television. The kind you can’t keep your eyes off. A seriously good football talk-show that doesn’t take itself too seriously. A talent show that doesn’t sit about waiting for talent. A dark and thrilling drama that’s as witty as it is gritty. And a heart-racing documentary series that proves how life can change in a heartbeat. This is Scotland’s TV channel. It’s colourful, it’s challenging, and it’s different. Don’t expect to see what you’ve seen before. Expect the unexpected.

Tune in every night from 7pm. 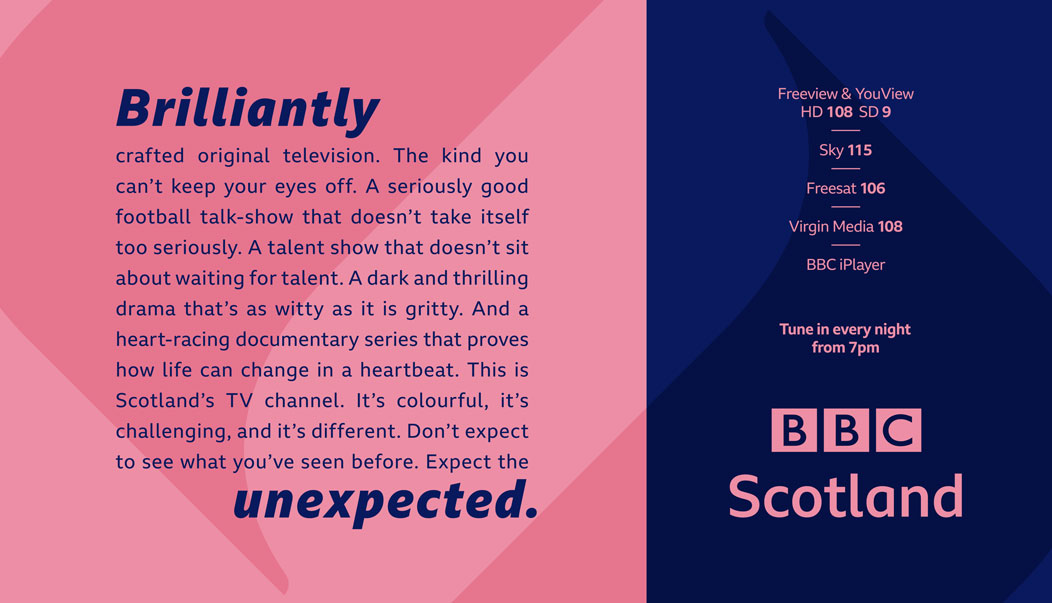