An Uppie win for the New Year’s Boy’s Ba 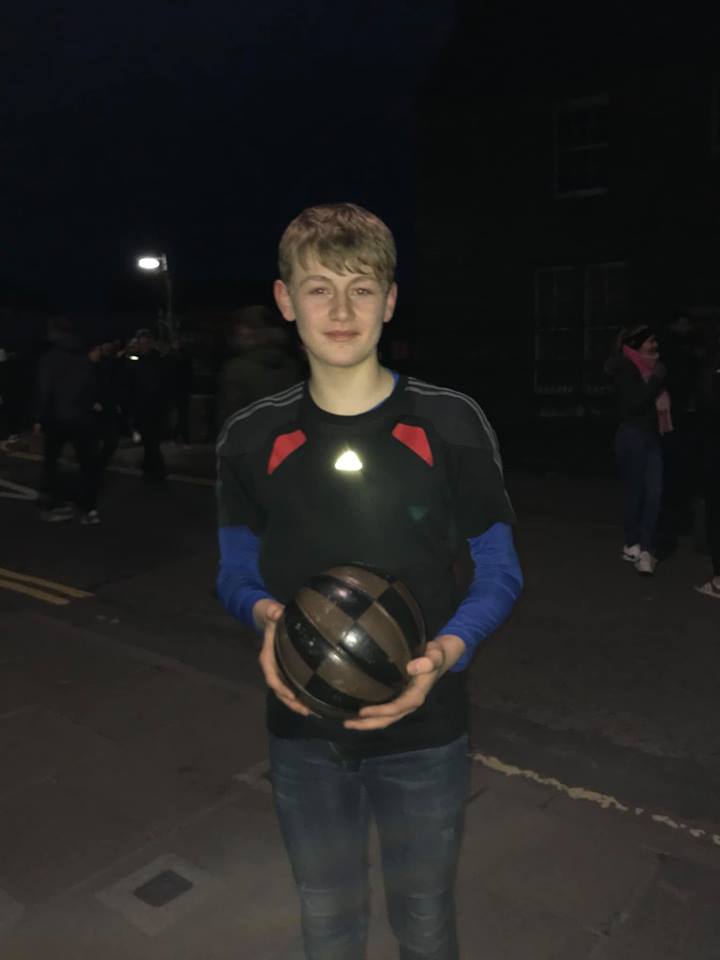 After a game of twists and turns that went on for just over six hours, the Uppie boys snatched a Doonie break and used it to run all the way from the back of the Ayre Hotel to their own goal.

It could have been anyone’s game from the moment Andy Cant threw the ball from the Mercat Cross on the Kirk Green, to the final moments, when no-one was sure just who had gotten a hold of the ba’. Both team’s were equally matched and made their bids for the prize throughout.

The game came to a close just after 4pm, when Aidan Foubister (age 15) in a short-lived scuffle for the ba’ at the Uppie goal, claimed it as his own.