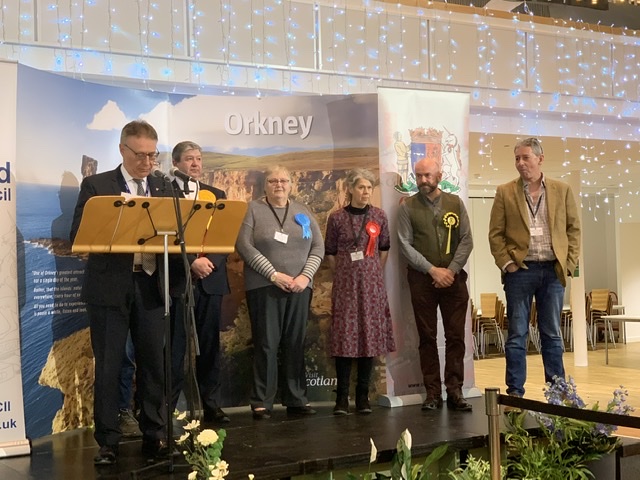 Alistair Carmichael has been returned as MP for the Orkney and Shetland constituency.

Numbers of votes for the other four candidates were as follows:

There were 80 ballot paper which were spoiled or void for uncertainty.