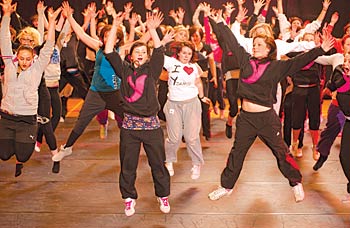 A major sport, dance and music event to inspire the community in the countdown to the 2014 Glasgow Commonwealth Games and supported by Games for Scotland will be held at the Pickaquoy Centre next Tuesday, October 11.

Orkney Islands Council was awarded a £10,000 grant in August this year to hold the event, which has been developed in collaboration with the Free to Dance YDance Programme.

The funding was awarded by the ‘Games for Scotland’ programme managed by EventScotland as part of the Scottish Governments Games Legacy initiative.

Orcadian dark skies to be illuminated